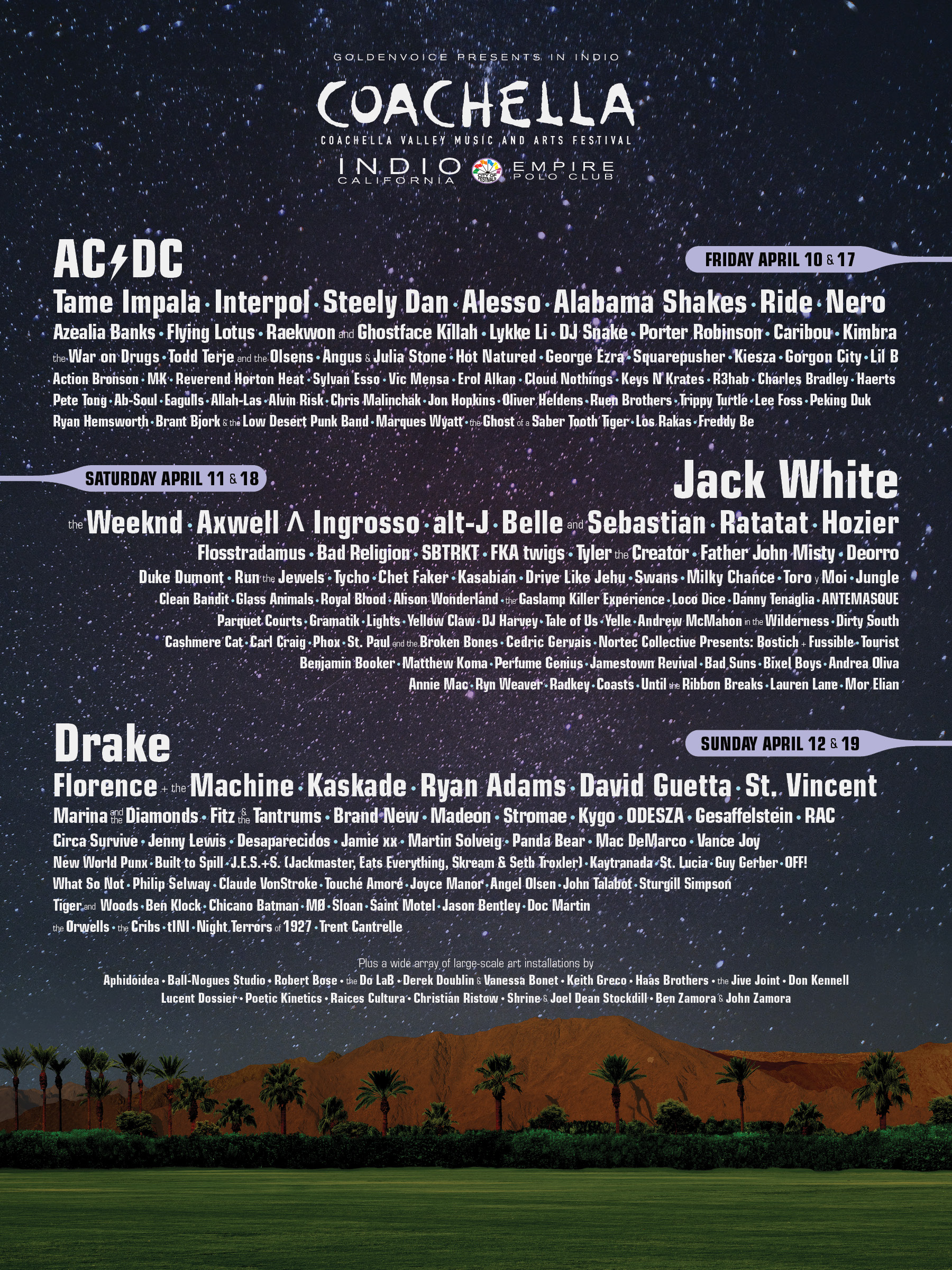 The first weekend of Coachella 2015 is going on right now in Indio, California. Many sets from the festival can be streamed live via Coachella’s YouTube channel. Watch the webcast, broken up into three channels, below. It’s airing starting at 3:30pm Pacific time today, tomorrow, and Sunday. Find the full schedule here.

Also, for the first time, SiriusXM is broadcasting live from Coachella.