Jack White has revealed in an interview with Billboard that he was the mysterious bidder on the first vinyl record ever cut by Elvis, which recently sold for $300,000. The record in question featured covers of “My Happiness” and “That’s When Your Heartaches Begin” that were recorded in 1953. In the interview, White reveals that he was the bidder that was previously listed as anonymous, and he said that he plans to reissue the single (via Third Man Records) on Record Store Day.

White also spent some time with the Detroit Tigers yesterday at their Lakeland, Florida spring training facility. Previously, he’s thrown out the first pitch at a Detroit Tigers game, and he’s also been issued his own baseball card. Check out pictures and video of his recent visit with the team below, via Radio.com. 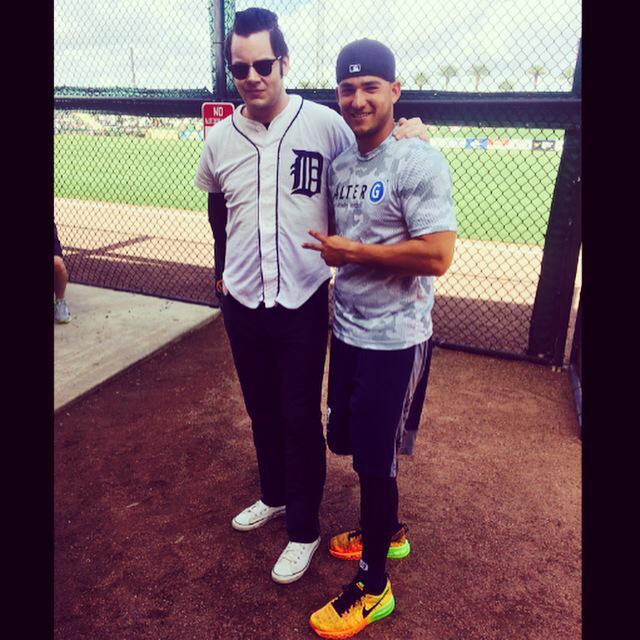 Update: White has shared a little more about the release of the Elvis record. On Record Store Day, it’ll be available as a 10″ that replicates the original sleeve “in order to create an object so close to the historic original as to almost be indistinguishable from one other,” as a press release notes. The audio will be unrestored, too.

Then, it’ll be released as a 7″ later in the year. This time, the songs will be restored by Alan Stoker, who works as a curator at the Country Music Hall of Fame in in Nashville.

Below, you can watch a teaser for the release that includes a snippet of “My Happiness”: